The start of the path is easy to find as you pass from the car park through the gate but there is no clearly established single path and the most obvious path may actually follow the ridge to the north. The summit isn't visible from the road as there is an initial ridge to ascend first. Try to head south west in a direct line for where the summit should be and you should pick up the direct path. I got it wrong on the way up and took a less than optimal route but on the descent the path was much clearer.

The summit has no appreciable cover and is very wet. The activation area is quite large with a cairn at the peak and a trig point at the far end (to the south west). The summit is very quiet and erection of HF aerials is not a problem.

This summit can easily be paired up with Pen y Fan (GW/SW-001) for a double activation. 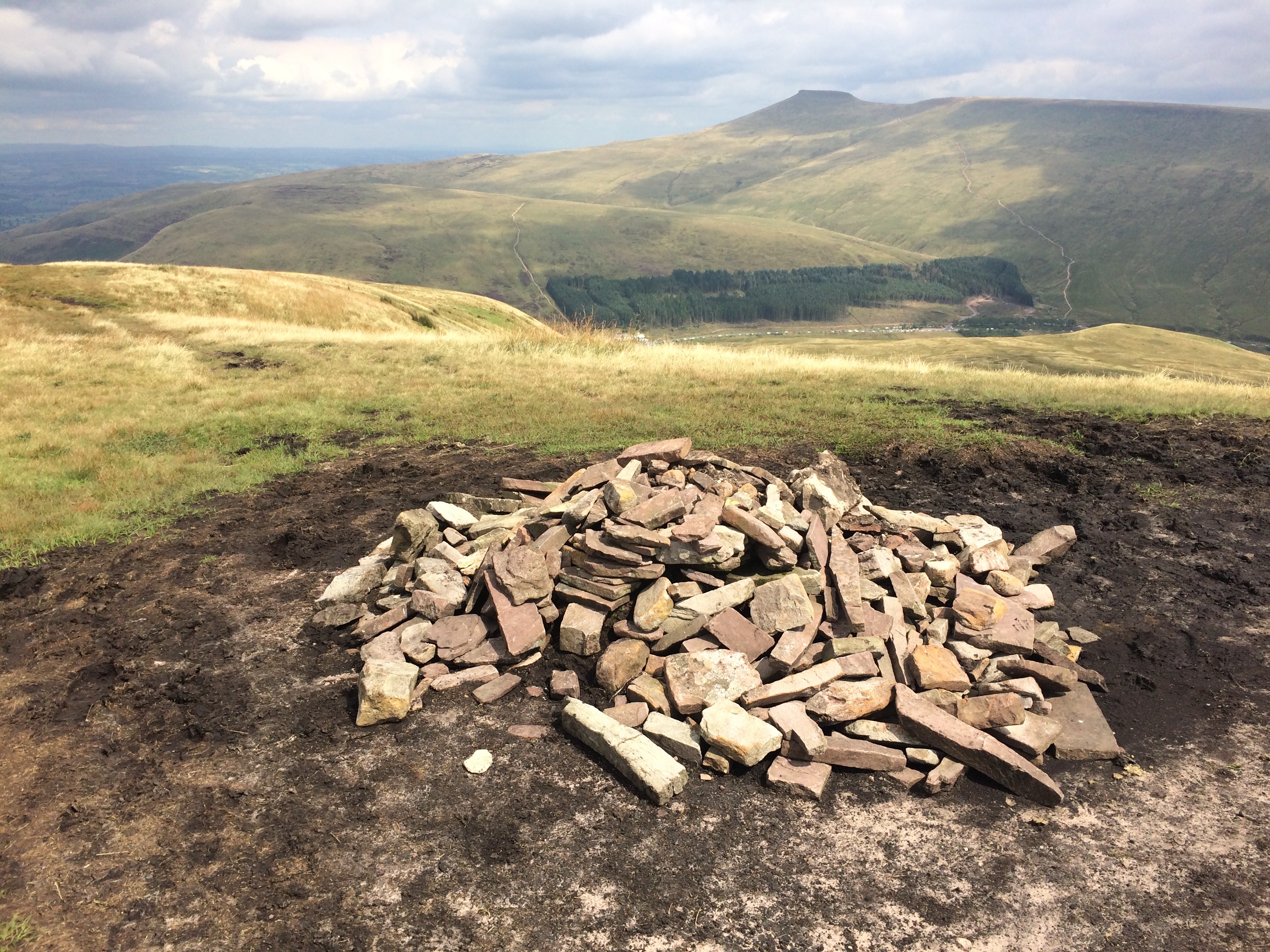 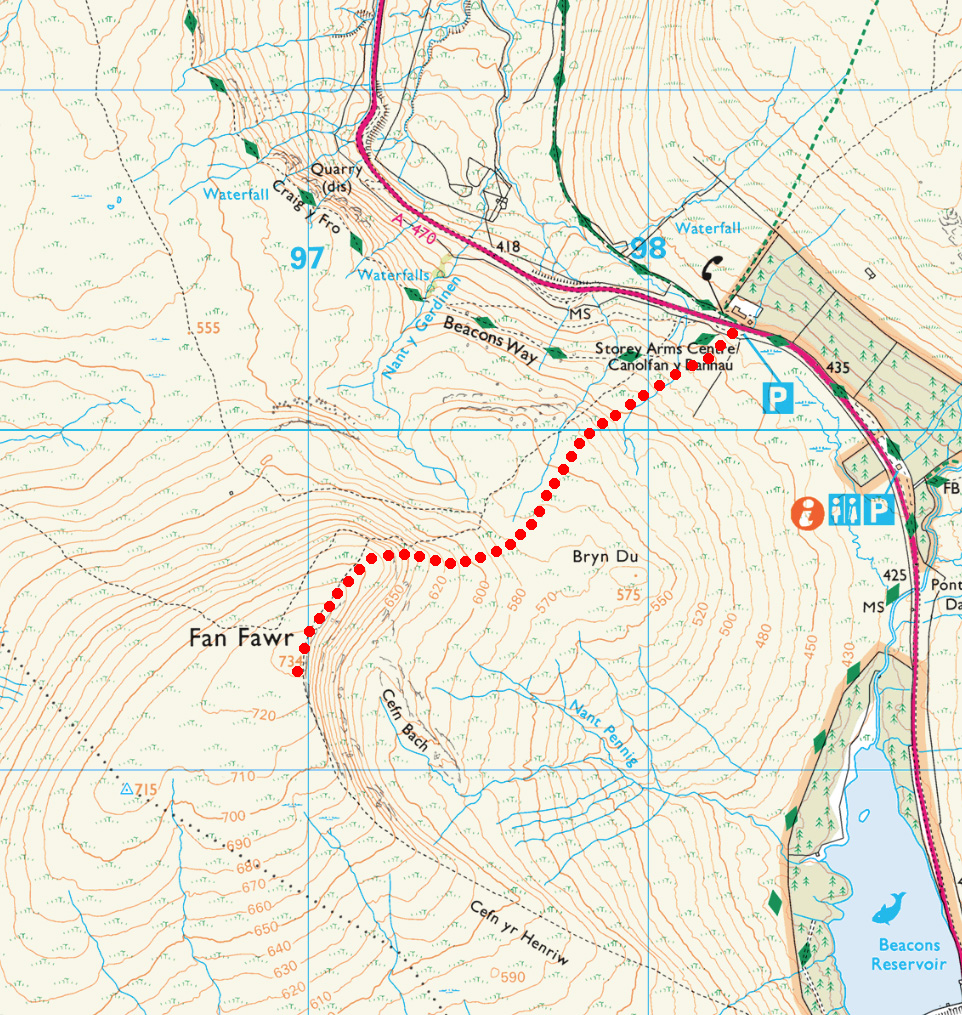 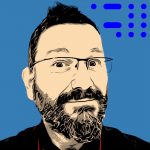